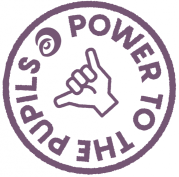 It’s official: the work we have done, led by our green team, has given us Plastic-Free School status. Let’s keep it up and get even better at reducing our plastic use.

The Green Team presented their petition to managers of Co-op and Budgens asking that they try and reduce unnecessary plastic packaging in their stores. Since our last visit to Budgens they have switched to paper bags instead of plastic for customers to use when buying loose fruit and veg. 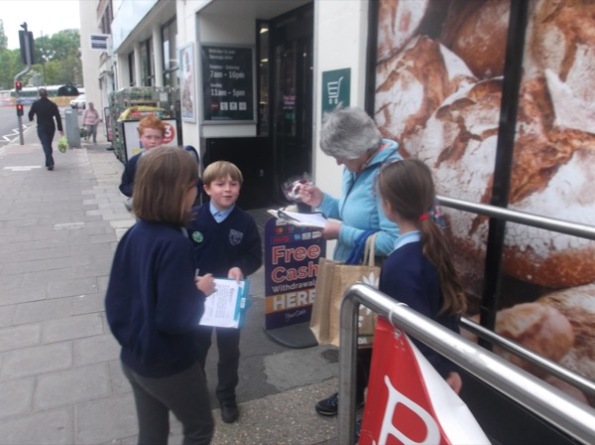 Recent pictures from our Polish link school: a green team project on climate change. Children at St Mary’s will shortly be working on a similar project. 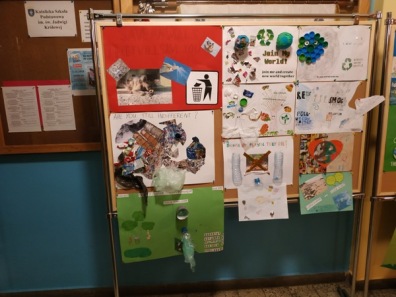 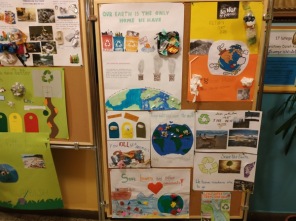 The school Green Team recently visited the Budgens and Coop supermarkets in the town to look at how much unnecessary packaging is being used. They also asked members of the public what they thought and they agreed unanimously that it should be reduced. Next the Green Team will be writing to the supermarkets to ask if this is possible. 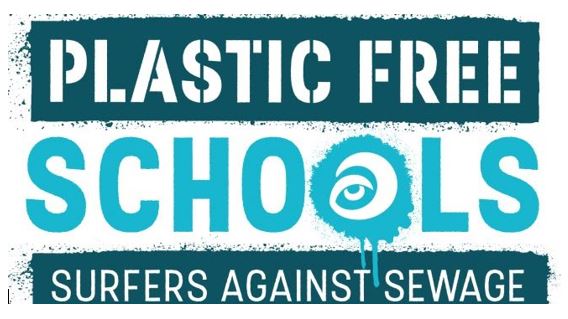 St Mary’s has signed up to the Plastic-Free Schools campaign organised by Surfers Against Sewage.

These are our top three: 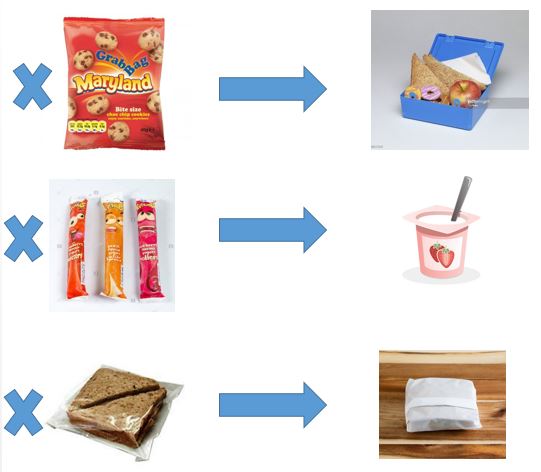 The Green Team visited Swanage beach on a very damp afternoon for a beach clean. They found a wide collection of rubbish to remove, including plastic, glass and dead fish and rays. 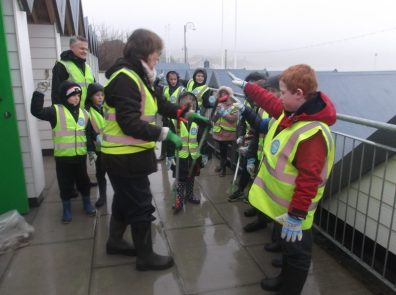 This year the Green Team are working on reducing plastic waste at school and in our local environment. We established a link with the local Litter Free Purbeck group in Swanage after a visit from Wayne Dixon, who’s about half way around a litter picking/beach-cleaning walk around the UK coastline. Wayne is the No. 1 Litter Ambassador for Keep Britain Tidy and is also a recipient of one of the Prime Minister’s Points of Lights awards.

Read more about Wayne’s walk here. Photos of him and Koda in school to follow.

The Green Team have been planting the flowers from the Mary Procession. They are also planning some raised beds for summer vegetables, and planting giant sunflowers in and around the school ground.

Thank you to all parents, family and friends who contributed plants to the procession.

Following the Beach Management advisory meeting attended earlier in the year by Yr 6 representatives, Mayor of Swanage, Councillor Bonfield and Management Support Officer, Miss Clarke, visited us in school to report on the issues raised. 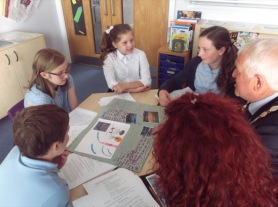 In addition to the answers given at the original meeting, Cllr Bonfield reported that the locks at Burlington Chine Toilets have been replaced; there are temporarily new ‘big belly bins’ in the square; and that conversations are ongoing about dogs and closing Shore Road. However, the latter is not a Swanage Town Council matter.

The pupils were thanked for the effort they put into preparing ideas and plans for a possible splashpark in the town, although it was explained how this may not fit into council budgets.

It’s all in the past…